If you’ve ever been to the eastern part of Berlin, you may have seen a certain pedestrian at most lights: 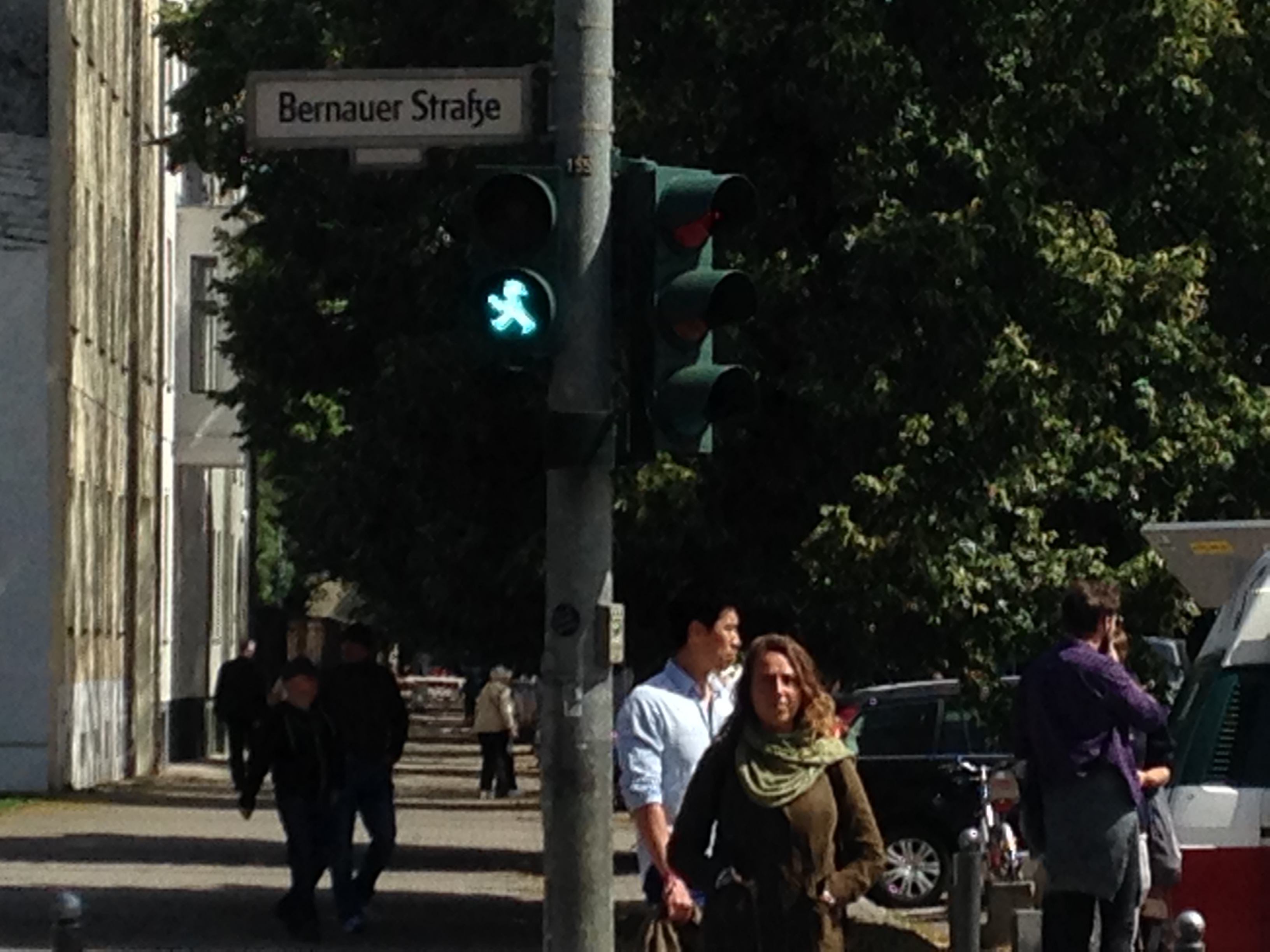 It’s admittedly easy to overlook when you are seeking out the Brandenburg Gate the the remains of the Berlin Wall, but this oddly proportioned fellow is one of the few surviving relics of the old East Berlin.

The design of the Ampelmännchen, or “little traffic light men”, was created by the East German traffic psychologist Karl Peglau. Karl was looking to create a symbol that would make sense to anyone and prevent traffic fatalities. This is likely what led Karl to make the stop signal a figure with outstretched arms, like so:

From an urban design perspective one may be bothered by the fact that the signs are inconsistent throughout the city. When you go into the western part of Berlin, for example, you’ll be greeted by these street lights instead: 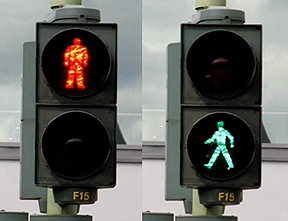 However, the Ampelmännchen have the advantage of being more easily identified. Claudia Peschke, Bettina Olk and Claus Hilgetag performed a study in which they attempted to determine whether common objects such as streetlight figures induced Stroop interference.

To describe Stroop interference as succinctly as possible, try saying the colors of the words below out loud:

Did you slow down and have a little more trouble on those last two lines? That’s Stroop interference at work. What is happening is that your brain notices the incongruence between the color of the text and the word, and that makes it more difficult to complete the task quickly.

What Peschke et al. found was that people responded more quickly to the Ampelmännchen signs in the shape task. Additionally, incongruent coloring interfered with the participants’ reaction time less than with the signs from West Berlin in the shape task.

Another intriguing result of the study was that when assigned to respond to the color of the sign, the Ampelmännchen interfered with the participants’ ability to react more than the signs from West Berlin.

This suggests that the Ampelmännchen help pedestrians react more quickly, despite the near-universal familiarity of the West Berlin streetlight variants.

Beyond just being a cult icon, the Ampelmännchen may even prevent more passenger-vehicle collisions than the more familiar icons used in the rest of the city and much of the world.

For a streetlight icon it doesn’t get much better than that.